Is there historical evidence that Jesus existed?

Historical evidence outside of the Bible that indicates that Jesus Christ existed.

There are several references to Jesus in both the pagan as well as anti-Jesus Jewish writings. We will here briefly mention several of them, but the ones that relate to the actual deity of Jesus Christ we will list in the end.

Thallus (circa 51AD) is quoted by Julius Africanus sometime around 221AD, when Africanus writes, “On the whole world there pressed a most fearful darkness; and the rocks were rent by an earthquake, and many places in Judea and other districts were thrown down.

This darkness Thallus, in the third book of his History, calls, as appears to me without reason, an eclipse of the sun.”

Mara Bar-Serapion around 73AD, “What advantage did the Athenians gain from putting Socrates to death? Famine and plague came upon them as a judgment for their crime. What advantage did the men of Samos gain from burning Pythagoras? In a moment their land was covered with sand. What advantage did the Jews gain from executing their wise king? It was just after that that their kingdom was abolished.” Though the name of Jesus is not specifically referenced here by Mara bar Serapion, the only person this may have reference to is Jesus, for he was the only one executed for being the “King of the Jews,” after which Jerusalem was destroyed within a single generation, approximately 40 years later, in 70AD.

Tacitus (circa 56-120AD) writes, “Consequently, to get rid of the report, Nero fastened the guilt and inflicted the most exquisite tortures on a class hated for their abominations, called Christians by the populace. Christus, from whom the name had its origin, suffered the extreme penalty during the reign of Tiberius at the hands of one of our procurators, Pontius Pilatus, and a most mischievous superstition, thus checked for the moment, again broke out not only in Judea, the first source of the evil, but even in Rome, where all things hideous and shameful from every part of the world find their centre and become popular.”

The Testimonium Flavianum: Again, the first century Jewish Historian Josephus Flavius wrote “About this time there lived Jesus, a wise man, if indeed one ought to call him a man. For he was one who performed surprising deeds and was a teacher of such people as accept the truth gladly. He won over many Jews and many Greeks. He was the Messiah. And when, upon the accusation of the principal men among us, Pilate had condemned him to a cross, those who had first come to love him did not cease. He appeared to them spending a third day restored to life, for the prophets of God had foretold these things and a thousand other marvels about him. And the tribe of the Christians, so called after him, has still to this day not disappeared.” (Flavius Josephus, Antiquities of the Jews, Book XVIII, Ch. III, Sn. 3.)

This passage is considered by some to be an interpolation, yet there has been no real evidence to negate the original existence of the passage. Even if part of it had been interpolated, his writing still evidences the existence of Jesus during that time.
Kitab alUnwan: Though this Arabic version of the Testimonium Flavianum dates around 941 or 942AD, the similarities of its “Yusifus, the Hebrew” that speaks of a “Jesus” whose “conduct was good, and was known to be virtuous,” and whom “Pilate condemned him to be crucified” and “accordingly he was perhaps the Messiah,” shows the existence of Josephus Testimonium Flavianum’s widespread existence.

The Jewish Talmud writes against Jesus, yet nonetheless acknowledges his existence. It says, “On the eve of Passover they hanged Yeshu and the herald went before him for forty days saying Yeshu is going forth to be stoned in that he hath practiced sorcery and beguiled and led astray Israel. Let everyone knowing ought in his defense come and plead for him. But they found naught in his defense and hanged him on the eve of Passover”

We have seen from these few references of Jesus from non-Christian sources of antiquity that Jesus did indeed exist. These sources are references to the very existence of Jesus Christ, and they are from outside the Bible. But what about his deity? Are there any literary sources of antiquity that say that the Early Church believed he was God? Remarkably, we find from extra-Biblical sources that the Early Church indeed considered Jesus to be God! Let’s look at a few…


From Joel Hitchcock's book! To order... 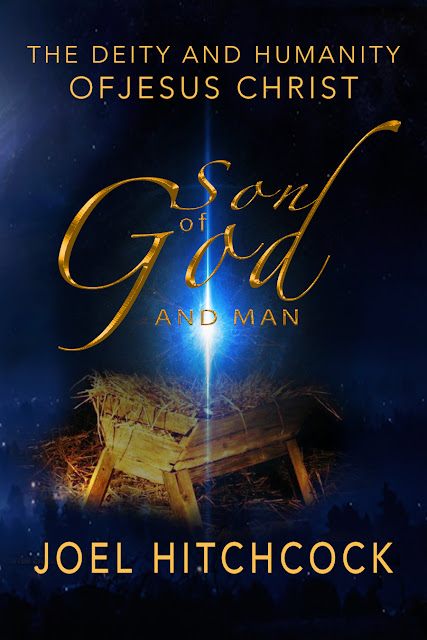 
You will be blessed!

Email ThisBlogThis!Share to TwitterShare to FacebookShare to Pinterest
Labels: Deity and Humanity of Jesus Christ, Did Jesus exist? Is there evidence of Jesus' existence outside the Bible? Historical evidence that Jesus lived, Son of God, Son of God and Man, Son of Man